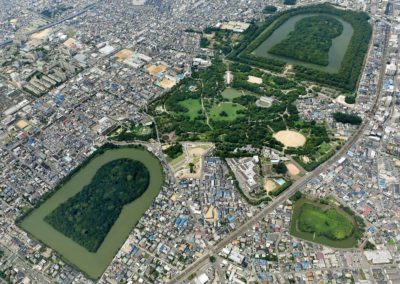 Fallopia japonica has been one of the most familiar and useful wild plants for the Japanese people for centuries. (…)  example is from the Nihon Shoki (Chronicles of Japan), which is Japan’s old history book of the eighth century. It consists of 30 volumes and was submitted to the Imperial court in 720. Volume 12 of this book includes a short story of Emperor Mizuhawake as follows. “At his birth, his appearance was beautiful. There was a well from which water was drawn to wash the crown prince. A flower of “tajihi” (F. japonica) had fallen into this well and it was accordingly made the name of the prince. The tajihi flower is now the “itadori” flower. Therefore he was styled the Emperor Tajihi-no Mizuhawake.” This story shows that the name “tajihi” was older than the name “itadori”, which is the common Japanese name of F. japonica today.

Shimoda et al. Fallopia japonica (Japanese Knotweed)
in Japan: Why Is It Not a Pest for Japanese
People?